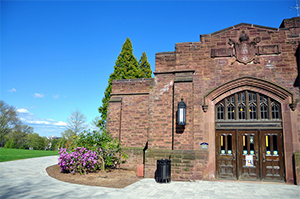 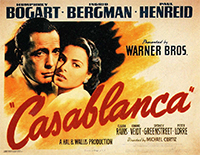 Tuesday, February 14th and Wednesday, February 15th @ 7:30pm
CASABLANCA
Invite a special someone to the perfect Valentine’s Day movie on the big screen – or introduce a neophyte to a classic American film that celebrates integrity, decency and sacrifice. In a world threatened by fascism, an apolitical American emigre (Humphrey Bogart) runs Rick’s Cafe in North Africa. Although he is unfazed by his customers (partisans, Nazis, refugees, swindlers and more), Rick’s cool is shaken when the woman who walked out on him in Paris (a luminous Ingrid Bergman) appears in his cafe. 112 min.

Thursday, February 16th, Friday, February 17th and Saturday, February 18th @ 7:30pm
FENCES
Denzel Washington directs and stars in a new film based on a play by the late, great August Wilson. Fences is one of ten plays of Wilson’s Pulitzer Prize-winning Pittsburg Cycle (including Ma Rainey’s BlackBottom, Joe Turner’s Come and Gone), each exploring African American life in a di erent decade. Washington and Davis reprise their Broadway roles as Troy and Rose, a couple trying to make ends meet and navigate the color line in the 1950s. Troy, a garbage man who wants to improve his life, forbids his son (Jovan Adepo) to play high school football – remembering his own disappointment when his dream of playing baseball was crushed by ‘whites only’ Major Leagues. 133 min.

Sunday, February 19th through Wednesday, February 22nd @ 7:30pm
TAMPOCO
Cinestudio presents a superb 4K restoration from the original camera negative! When Tampopo opened in the States in 1987, it is fair to say that few (non-Japanese) Americans truly understood the characters’ hilarious obsession with making perfect noodles. But times change, and Japan’s love affair with noodles (we’re not talking about packaged Ramen!) has swept the restaurants and kitchens of everywhere from Las Vegas to Miami. Tampopo is the name of a young widow with the ambition to open the best little noodle shop in Tokyo. Her quirky collection of accomplices and rivals include a truck driver/noodle connoisseur named Goro (Tsutomu Yamazaki), a wealthy old man whose noodle-philia defines obsession, and a gangster (KÙji Yakusho) whose passion for noodles is right up there with the usual sex & violence. 114 min.

To purchase tickets and to see the full schedule please visit www.cinestudio.org.